How To Open A Plastic Bottled Carbonated Beverage Factory?

How is the plastic bottle made?

How much the price of the carbonated beverage bottle preform and cap?

Besides the bottle-making system, what machines are there in the plastic bottled carbonated beverage production line?

The filling of carbonated beverages is divided into the primary filling and the secondary filling.

The one-time filling is also called premix filling. The syrup and water enter into the carbonated beverages mixer through the pump in a certain ratio, mixed quantitatively and then cooled, and then the mixture is carbonated and filled.

How to reduce the foam and reduce the contact chance between air and carbonated beverage?

Before filling, Linho adopts the diaphragm device to achieve the effect of variable frequency liquid intake, reducing a lot of foam into the filling tank.

When filling, use a shunt umbrella to fill carbonated beverages along the bottle wall to reduce the generation of foam.

After filling, close the filling valve, open the exhaust rod to relieve pressure in the bottle, prevent foam from eversion.

Linho adopts the filling valve of German high-quality technology to fill carbonated beverages to control the sealing of filling and the accuracy of filling level. We use washing filling and capping 3 in 1 structure, compact structure reduces the contact time between beverages and air after filling.

After filling, the bottle filled with beverage goes into the capping machine for capping. Under the action of the cam, the capping head realizes the actions of caps grasping, caps sleeving, caps screwing, and caps dropping, and completes the whole capping process. To prevent accidents, Linho put an anti-reverse cap dial wheel on the caps falling guide rail to ensure the direction of the caps is correct.

Due to carbon dioxide, the filling of the carbonated beverages is usually cold-filled (0-5 degrees). After filling and capping, it must be brought to room temperature before labeling to prevent condensation from ruining the labels. That is usually achieved by spraying the bottled carbonated beverages with warm water and drying them.

After the carbonated beverages come out of the tunnel, the bottle body is full of water droplets. We need a blow dryer to dry the bottle, otherwise, it will affect the following labeling and packaging production. Linho blow-drying machine adopts spider hand nozzles, all nozzles can adjust the direction and height arbitrarily to achieve all-round drying of bottles.

The most popular printer brands on the market today are Linxin from the UK, Imajet from France, Videojet from the US. You also can check the local date printer price.

The machine inspection, also known as X-ray detection, is mainly to inspect and separate the products with insufficient liquid levels and unqualified caps in the finished products. Some inspection machines also can separate the bottle with unclear production dates or wrong label position.

The lamp inspection device with ultraviolet lamp tube is mainly to inspect whether there are abnormal particles in the filled carbonated beverage bottle.

Besides the PE film, we also can use cartons to pack the plastic bottled carbonated beverage. If the output of your production line is high and local labor is expensive, you can also choose the palletizer for automatic palletizing and storage.

This is the whole production line of the plastic bottle carbonated beverages, from plastic bottle blowing machine to final packaging. I believe that through this article, you already have a general understanding of this production line, if you have any questions, please feel free to contact us. We look forward to talking with you! 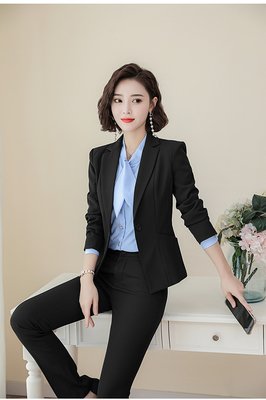